in the last few weeks i have been really getting into making maps for my favorite game: CS:GO. if you make a map that you think has a chance of getting into the game you can post it to the workshop. if the developers like it, it can be accepted into the game in the next big update. of course the map needs to work. like you have to make sure there are no bugs, like getting out of the map or glitch spots ect. i am making a map myself and it’s really hard! i had one of my friends test it and find glitches and recommend things like the spawn point for team 2 should be farther away from team 1 and things like that. there was a crate and if you jumped of it onto a tarp you could jump out of the map. so i put a player block on the tarp so now you cant jump on it. here are a few pictures of the map so far still pretty empty.

i still don’t know what i want to call it yet. it still isn’t done yet so when it is maybe it will come to me. now let’s talk about skyboxes. they are weird. if you have ever played a 3d videogame  you’ll usually see i building far away. or maybe a rocket flying by. that is a skybox. the developer make a little box just outside of the map that you are playing in with little building in them and place a “camera” in the middle of those buildings. that camera acts as the map and those buildings that are around the camera get projected around the map. here are some pictures

the first picture is the in-game view and the second is what those buildings in the distance really are. that is all for this friday

well this week was good i’ve been working on making a map in csgo (hammer world editor) and it’s going pretty well just havent added textures yet. if you have no idea what csgo is, it’s at first person shooter game and it allows you to creat your own map. here is some pictures:

not  textured yet, see?

but anyway the “new” game at the park is banana split. wich is a renamed version of everybody is it. everybody is it is a game where everybody is it. (as the title says.) let’s say i tag you, you go “down” then if somebody tags me i go down and you go back up. so one person has to tag everybody. and trust me when you have everybody exept one person down and they tag you and everybody is back up it. is. SO ANNOYING! so i played that. and i won the first round. yay! winstreak is continued. (i have a 4 win streak)

i am back at ALC. it’s ?. i mostly talked to people and cought up on stuff. and there are a lot of new people here! (although i will not be typing there names, mostly because i do not remember them all.) everyone is bigger! and yet i can still beat Luca in wrestling. me and Iphy drew gnomes (if you don’t know what that is>https://www.youtube.com/watch?v=6n3pFFPSlW4) all around the school and went to the park with xander. also happy birthday evan and my dad!!!!

welcome to my week. I got a new game called rainbow six siege its fun. 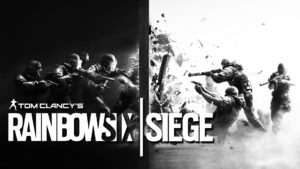 i’m really out of ideas so have a nabstablook: 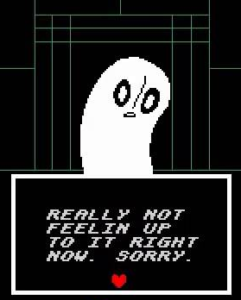 I have no idea what to wright about not another one of “my week” things hmmmmm what. should. I. wright. about! someone give me an idea please? oh wait. you cant talk. well you can but you ca- you know what i’m talking about back to the subject WHAT SHOULD I WRITE ABOUT! hmm I can show you a video I like! here:

interesting right? well that should do it I KNOW what i’m gonna wright about! that

I had a good week I went to the playground a lot (note for dad: sorry I didn’t email you?) I played the kazoo and not much happened I got a game called team fortress 2 (or TF2 for short) I don’t know what happened to the first game I think it failed and never came out. but anyway my week good was

this was a good week a dog just licked me! but I tried bringing up that rule (see my other blog) and no one came to he meeting 🙁 other than that I had a good week I played csgo and not much overwatch. but it was good and all I n=know this was a short blog but anyway my week was good.

nevermind it wasent odd it was upsetting there is a new rule where when you are done cleaning you have to help other people clean that dosent sound that bas does it? well it is. some people (as of myself sometimes) do there clean up job early so they don’t have to rush around. and that really stops people from doing that. anyway some people left to go on a trip to north Carolina for a week to visit the other agiles. so there wasent much people in the school this week so we id a mega spawn (one big spawn all together) if you don’t know what a spawn is, its a meeting in the morning and the afternoon where you tell everyone what your gonna do in the day and it has up to 8 or 9 people in it. anyway this week wasent that fun. 🙁